We’ve not written much these past few months as we’ve been on the road this summer. From the East Coast to the Deep South—and a number of stops along the way. Here’s a few snapshots from our travels.

Charlottetown.   Just two hours after graduation ended, we headed out with the

Heritage Singers for an East Coast tour. We joined the choir as they sang in Ottawa, Montreal, across PEI and into Nova Scotia. Both Linda and I were impressed with the ministry mindset and musical skills of the students on the tour. The music program at Heritage is training musicians to serve well in churches.

Dallas. At the end of June, I flew to Dallas Seminary
to be a guest teacher for two dozen 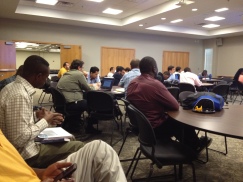 pastoral leaders from countries around the world. The training sessions were hosted by Dr. Ramesh Richard, one of my former profs and a good friend. It was a delight to meet these young pastors and hear the challenges they face in courageously serving Christ in their home countries.

Louisville. In early July we drove to Southern Seminary in Louisville, Kentucky so Linda could 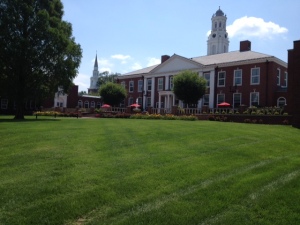 take courses in their Doctor of Education program. She had three classes over a ten-day period (with 24 assigned books to read!). The training she’s receiving is proving helpful for her ministry of teaching at Heritage and leading a training program for women (for information on the next upcoming class in the Heritage Centre for Women in Ministry click here).

Lancaster. In early August we spent several days in Lancaster, Pennsylvania. We 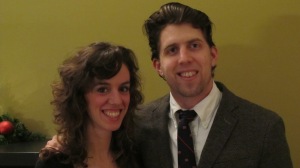 attended the Global Leadership Summit and did some advance planning for an upcoming wedding rehearsal dinner. Our oldest son, Ryan, is getting married in Lancaster in October. We enjoyed a lovely dinner (and campfire!) with Jenny (Ryan’s fiancée) and her family.

New York City. From Lancaster, we drove to
New York to see our other son, Michael,

Elena (his fiancée) and her parents. Once again we were in wedding planning mode as Michael and Elena plan to get married in early January. The whole group of us (our family, Jenny’s family and Elena’s family) were able to see the Blue Jays shut out the Yankees at Yankee stadium (happy for us; sad for most of our future relatives!).

Cambridge. It’s great to travel, but as Dorothy famously said, “There’s no place like home.” We returned a bit road weary but grateful for God’s mercies all along the way.

Now we are gearing up for the beginning of another journey—the start of a new school year at Heritage. We’d ask you to pray that God would guide and provide as we seek to train men and women to serve Christ here in Canada…and in cities and countries around the world.