If you are like many Christians, you are somewhat familiar with the front half of the book of Joshua. It’s the action-filled part. Where Joshua leads the nation of Israel to possess the Promised Land. The front half of Joshua is filled with well-known historical accounts: Rahab and the red chord, the crossing of the Jordan, the walls of Jericho coming down.

But the back half of Joshua (chapters 14-24) is a road less traveled. It’s not nearly as action-packed. In fact, most of it describes the distribution of the land to the Israelite tribes. There’s a lot of details about boundary lines—important for the Israelites but not overly scintillating to us.

Still, embedded in the discussion about the land assignments (chapters 14-20) are some incredible leadership lessons. For the next few weeks, I plan to highlight some of these lessons—one chapter at a time. These chapters (and leadership lessons) have been instructive and inspirational for me; I trust they will be for you as well. 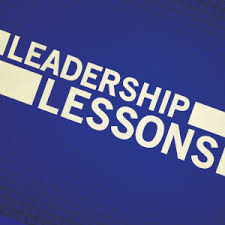 Summary of chapter 14: Before Joshua gets down to dividing the land west of the Jordan river among the remaining Israelite tribes, he has a fascinating conversation with Caleb. You might remember that Joshua and Caleb were the only ones of the twelve spies sent out by Moses who came back with a faith-filled report (see Numbers 13). Here in chapter 14, Joshua blesses Caleb for his faithfulness to God and grants his request for a section of the Promised Land. (If you take the time to read Joshua 14, you’ll get more out of the Leadership Lessons below!)

Three times in chapter 14, we are told Caleb followed the Lord “wholeheartedly” (8, 9, 14). The Hebrew text says he was “fully behind YHWY, the God of Israel” (14). Here is a reminder that stellar, spiritual leaders (like Caleb) lead by following (being fully behind) the Lord. Leaders who aren’t first followers aren’t worth following.

After exploring the land, Caleb brought back a report to Joshua and the nation “according to [his] convictions” (7). Literally, the text reads, “from my heart.” Caleb’s heart was devoted to following the Lord fully so the report he brought to Joshua was “from his heart.” The condition of our hearts will greatly affect the caliber of our leadership.

Leaders who lack faith in God’s promises cause spiritual meltdowns in others.

In verse 8, Caleb says his brothers (the other 10 Israelite spies) “made the hearts of the people melt with fear.” Literally, the text reads, “caused the hearts of the people to melt”. Most English translations add “with fear” to clarify that this was a faith meltdown. These ten spies, all respected tribal leaders, had a strong impact on the people they represented. Their lack of faith caused panic, with tragic results. Here is a sobering warning for all of us in leadership roles: our lack of faith in God can cause faith meltdowns in those we lead.

Caleb (and Joshua) followed after the Lord fully. But the nation sided with the majority report and melted in fear. Leaders can do their part faithfully, but unless people respond with faith the results can still be disobedience.

A leader’s hope for victory is found in God’s promise and presence.

Caleb asks for the hill country, a region that had been inhabited by the fearsome Anakites. While Israel had defeated the Anakites in battle (11:21), pockets remained to be driven out. Verse 12 reveals that Caleb’s hope for success was based on God’s presence (“the Lord helping me”) and His promise (“just as he said”). Caleb is not presumptuous or triumphalistic; however, he is hopeful of the Lord’s help based on the Lord’s Word. Those of us called to lead God’s people need that same kind of hope in God’s presence and promise.

Which of these lessons do you need to focus on this week? Next week, we’ll look at chapter 15.

For a wonderful, visual overview of the book of Joshua, check out this link:

These lessons are included in a free eBook called Leading the Lethargic.  You can download a copy of the eBook here: 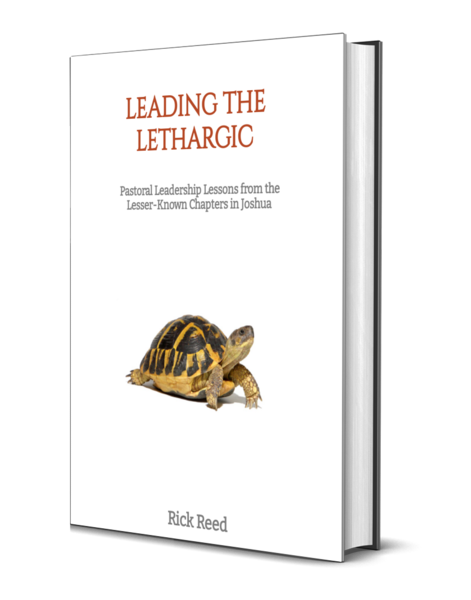