Joshua 15 details the boundaries of the territory given to the tribe of Judah. After mapping out the borders, Joshua lists the cities included in Judah’s allotment. In the middle of the chapter, we read the fascinating account of Caleb’s exploits in driving out the remaining Anakites from Hebron (15:14) and the offer of his daughter’s hand in marriage to the man who successfully “attacks and captures Kiriath Sepher” (16). Caleb’s nephew, Othniel, takes up the challenge and is rewarded with the privilege of marrying Caleb’s daughter Acsah (15:17).

Here are some of the leadership lessons from this lesser known part of Scripture:

God doesn’t give equal allotments to His people.

Judah is given a massive amount of land, far bigger than other tribes (except Manasseh).  Most tribes received much smaller tracts of property. God sovereignly decides what “allotments” His people receive. This same lesson comes out in Jesus’ parable of the talents (Matt. 25:14-30) and in Paul’s teaching regarding spiritual gifts (1 Cor. 12).

God gives an inheritance that requires faith-filled effort to possess.

If Caleb’s experience is the norm (15:13-17), the land given to clans still had to be possessed through battle. Caleb drove out three Anakites—Sheshai, Ahiman and Talmai—to possess Hebron. A similar battle occurred to possess Debir. Caleb accomplished this with God’s help (“the Lord helping me I will drive them out—14:12) and the help of others (Othniel—15:17). Later in the chapter we read that the people of Judah “could not dislodge the Jebuisites who were living in Jerusalem” (15:63); this part of their inheritance remained untamed and unclaimed. God still gives ministry opportunities that require faith-filled effort from us.

God wants us to repurpose places that were once a “valley of trouble.”

Judah’s inheritance included the Valley of Achor (15:7). This was the place where Achan and his family were stoned to death (see Joshua 7:24-26). Although the Valley of Achor was a place with bad memories for the people of Israel, it was included in the land allotted to the clans of Judah. God expected this valley of trouble to be repurposed and used for good. God still has his people reclaim places that have had a history of trouble and pain—churches, neighbourhoods, and cities.

Leaders want other leaders on their team. 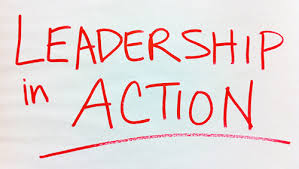 Caleb offers the hand of his daughter Acsah in marriage to the man who “attacks and captures Kiriath Sepher” (15:16). He essentially gives a test to weed out all but the best. The man who would be allowed to marry his daughter had to do two things: attack and capture a city near Hebron.   Caleb wanted a man of action (one who goes on the attack) and accomplishment (one who successfully captures). Othniel passed the test and received Acsah as his wife. Later, Othniel would become one of the judges who delivered Israel from foreign powers (Judges 3:7-11). The lesson for us: wise leaders look for men and women of action and accomplishment to add to their team.