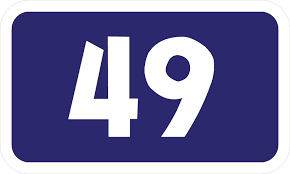 Where each of the three previous chapters was a message from God for a specific nation (46—Egypt, 47—Philistia, 48—Moab), chapter 49 contains messages for at least six nations or people groups:  Ammon (1-6), Edom (7-22), Syria (23-27), Kedar and Hazor (28-33) and Elam (29-39).  The messages begin with those closest in proximity to Judah (both geographically and relationally) and extend to those quite distant and removed from them.  Together these pronouncements demonstrate God’s sovereignty over all nations—near and far. (These messages are referenced in Jeremiah 25:15-26). 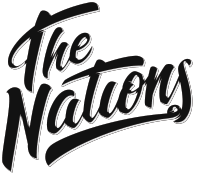 Each of the messages announces the coming of a severe judgment that will ruin their cities and devastate their populations.  This coming judgment will be carried out by the Babylonian armies:  “Nebuchadnezzar king of Babylon has plotted against you; he has devised a plan against you” (30).  However, the Lord makes it unmistakably clear, that this judgment is His doing:  “I will set fire to the walls of Damascus” (27); “’I will scatter to the winds those who are in distant places and will bring disaster on them from every side,’ declares the Lord” (32); “I will pursue them with the sword until I have made an end of them” (37).

In some instances, the Lord explains the reason for this decimation.  The Ammonites are rebuked for occupying land that was given to Israel (1).  The Edomites are reproved for their pride and trust in their natural fortifications (16).  However, in the case of Syria, Kedar, Hazor and Elam, no specific sins are mentioned as the reason for their downfall at the hands of the Babylonians.  While this doesn’t mean they were innocent (all ancient peoples were idolatrous and wicked—see 25:31), God does not specify their sins.  In fact, there is a curious verse tucked in the midst of the message to Edom that implies not all nations were equally guilty before God:  “If those who do not deserve to drink the cup must drink it, why should you go unpunished?” (12).  God is not obligated to explain or defend His actions.  We do not sit in judgment of His judgments; instead we acknowledge Him as “the judge of all the earth” (Genesis 18:25).

Here again we see God working His will for nations and people through the seemingly natural and unprompted choices of human leaders.  Nebuchadnezzar devised plans against these nations (30).  He had his own empire-building reasons for each of the attacks.  For a time, he saw himself as large and in charge (see Daniel 4).  Yet, behind these royal and national decisions was God’s decree.  God determined the course of history before it played out on earth (see Psalm 33:10-11) For an interesting discussion on how to talk about God’s providence when writing about human history, see this article on Justin Taylor’s Gospel Coalition blog:  http://www.thegospelcoalition.org/blogs/justintaylor/2014/12/04/should-christian-historians-appeal-to-providence-in-their-interpretations/

As noted above, Jeremiah 49 contains prophecies against six nations or people groups (two of which are combined so that the chapter breaks into five sections).  Here is a brief summary of the distinctives of each message:

Like the Moabites, the Ammonites were descendants of Abraham’s nephew Lot and so were distant relatives of the Israelites.  And like the Moabites, they had a history of hostility with Israel.  God’s message to them through Jeremiah begins by questioning why they had occupied land given to Israel (1).  God warns that “days are coming” when Ammon will be attacked, destroyed and driven out.  Israel will then regain the land in Gad that they had lost to the Ammonites (2).  In addition to Ammon’s encroachment on Israel’s land, their sin of pride is mentioned as a reason for the coming judgment (4).  In spite of God’s determination to decimate Ammon, He promises a future flourishing of its people (6).

The longest message in this chapter is directed to Edom.  In wording similar to Obadiah, God declares that Edom will be invaded and stripped bare (10).  While they will try to hide in their mountain fortresses, God will bring them down (8, 16).  The Lord describes the nation as deserving punishment (12) and mentions their pride as blinding them to the possibility of coming judgment (16).  Here again God speaks of the judgment as coming from Him:  “Therefore, hear what the Lord has planned against Edom” (20).  Judgment comes from the Lord but comes through an invading nation (likely Babylon):  “Look! An eagle will soar and swoop down” (22).

The brief message about the coming judgment on Syria focuses on the fall of Damascus.  No reason is given for God’s judgment, but the Lord does speak of Damascus as “the town in which I delight” (25).

This proclamation of coming judgment is directed to two people groups living “east” of Judah (28).  The nomadic peoples of Kedar and Hazor felt secure because of their isolation and mobility (“a nation at ease, which lives in confidence”—31).  No reason is given for their decimation at the hands of Nebuchadnezzar (28).

Elam was a distant people from Judah (in modern day Iran).  While it was an ancient civilization, it was a nation with little impact on Israel.  The fact that God would have Jeremiah pronounce coming judgment on this distant people underscores his role as a prophet to the nations (1:10) and highlights God’s sovereign control over all peoples.  As in the case of the Ammonites (6), this message ends with a promise of future restoration (39).  God has a heart for people groups far from the heart of His people Israel.