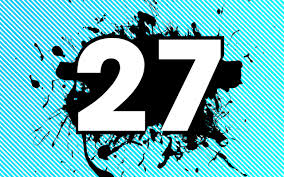 In this chapter Jeremiah lives out his calling as a prophet to “nations and kingdoms”, a prophet sent to “uproot and tear down, to destroy and overthrow, to build and to plant” (1:10).  He has a message for kings and kingdoms around Judah (1-11), for Zedekiah (12-15), and for the priests and people of Judah (16-22). 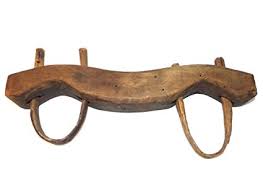 Jeremiah’s message to each group is that the “LORD Almighty” (YHWY of Armies) has decided to hand all the nations over to Nebuchadnezzar (and his son, and grandson—7).  So the surrounding nations can spare themselves great carnage by willingly surrendering to Babylon (coming under the yoke).  If they do so, God will see that Nebuchadnezzar will  allow them to remain in their lands (11).  If they resist, they will be decimated by “sword, famine, plague” (8) and banishment (10, 15).

In giving this message, Jeremiah confronts head-on the unified counter-message of the prophets in Judah and the surrounding nations. These prophets were promising success against further Babylonian domination (9) and, in Judah’s case, the soon return of the exiles that had already been deported (16).  Chapters 27-29 have a recurrent theme of Jeremiah vs. false prophets.  He openly denounces them as “prophesying lies” (10, 14, 16).  This open confrontation leads to reprisals from those who claim to speak for God (prophesy “in my name”—15).

Here would be evidence that God’s spokesmen will be contradicted in a cluttered spiritual environment and have to refute error as well as proclaim truth.  Here is evidence that God’s preachers will need to make clear the difference between their message and other pseudo messages.  This will bring vitriol and vengeance from those who feel attacked as speaking lies (see chapter 28).  Being a prophet in a pluralistic world is be a dangerous calling.

The fact that God instructs Jeremiah to construct and wear a wooden yoke while giving the message to envoys and Israelites indicates that the Lord sees the value of communicating in a memorable way. Objects lessons and enacted messages drive the message home and help the hearers take it home.  The implication for those who communicate God’s Word today is that creative visuals are not only acceptable to God but also endorsed by Him.

A theological tension that arises in this chapter relates to the sovereign plans of God and human choice. Jeremiah tells Zedekiah and the people of Jerusalem that their submission to Babylon will allow them to remain in their land and keep the city from becoming a “ruin” (17).  A few lines later, the Lord declares that the king of Babylon will come and remove the remaining temple articles (21-22).  While this removal of the temple treasures doesn’t require the decimation of the Temple and city, that’s what happened. Earlier prophecies given by Jeremiah also declare the coming destruction of the city.

So the question arises, to what extent did the king and people have the ability to change their future by believing the Lord and submitting to Babylon when the Lord seems to have already declared that the city would be destroyed?  Was the Lord giving an offer that could not or would not be taken to heart by those who heard it?  Was the fate of the city already sealed?  If so, why would the Lord have Jeremiah go to such lengths (wooden yoke) to give a warning that was doomed to fail?

These questions relate to the very character of God and the capacity of humans. Do humans have the ability to respond to God’s offers? Or are some invitations from God given for other reasons—perhaps to vindicate His justice and show his forbearance? 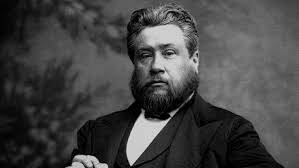 I’ve been reading Spurgeon’s biography (Living by Revealed Truth) and considering his defense of man’s “moral inability.”  Like a good Calvinist, Spurgeon argues that humans only come to God as they are sovereignly drawn by His grace.  Otherwise, they will no more listen to the voice of the Lord than a wolf would listen to the voice of the shepherd.  Unless God moves people to respond, they remain dead to Him, His invitations and calls.  While I see Scriptural support for the strong emphasis of God’s prevenient grace, I find it difficult to see the Lord giving a message that He has already decreed would be rejected and could not be received by the hearers.  These messages from Jeremiah do not seem to be simply a show but feel like an appeal from God’s loving heart.  They were intended to ignite faith, for faith comes by hearing the word from God (Romans 10:17).

Further, verse 8 contains a phrase that shows God’s work is done in keeping with human will:  “until I destroy it by his hand.”  God works through His “servant” (6) Nebuchadnezzar to punish the nations. Nebuchadnezzar would have had no sense that he was a puppet, simply carrying out the Lord’s will.  He felt he was large and in charge.  But the reality was that the Babylonian king’s conquests were the outworking of God’s plan.

I am led back to a compatibilist understanding of God’s sovereignty and man’s choice.  I cannot land exclusively in a theological system that negates one or the other. Somehow both are true.  So I will hold high the doctrines of grace and exalt in the sovereign work of God in history and hearts (even over the “wild animals”—7).  At the same time, I will also proclaim the message of faith and repentance, believing that those who hear are responsible and  able to respond (response-able).

In this chapter Jeremiah is sent by God to set before kings, priests and people a choice between the way of life and the way of death. Trusting God and obeying Him (by submitting to the Babylonians) would sustain life (albeit in captivity); rejecting His Word (believing the ear-tickling messages of the false prophets) would bring “sword, famine and plague”(8), followed by destruction, banishment and death.  The alternatives were clear (not easy).  A choice had to be made (no middle ground).  The people were responsible and God was working out His decreed plan for history through their choices.

The same scenario still is being lived out today and will continue to the end of the age.