This chapter is emotionally disturbing and gripping and strangely encouraging.  It has two dominant messages:  1) God’s promise to actively ensure the devastation of His own people for their sins and the sins of Manasseh; 2) God’s promise to protect and His words to correct Jeremiah.  Jeremiah’s correction comes after he laments the personal pain and grief he’s experienced due to speaking God’s message of judgment.

God’s promise to devastate His people:  Verses 1-9 and 12-14 contain some of the starkest, most unsettling words of judgment I’ve read in the book of Jeremiah.  The Lord begins by declaring that even if heroes of the faith like Moses or Samuel were around to pray for the nation, it would not change things.  That’s significant since Moses’ prayer on Mt. Sinai is portrayed as helping to avert sudden, swift judgment on the people of Israel (Exodus 32-33).  Samuel was also seen as a man whose prayers were effective in interceding for the nation (1 Samuel 12:23).  So the point seems to be that no human intercessor (including Jeremiah) could change God’s determined course of action.  Judgment will certainly come.

To underscore the fact that the devastation Judah will experience is not simply the result of human decisions (political moves and military expansions), the Lord repeatedly takes responsibility for the coming, deadly destruction.

“I will send four kinds of destroyers” (3)

“I will winnow them with a winnowing fork” (7)

“I will bring bereavement and destruction on my people” (7)

“I will bring down on them anguish and terror” (8)

While the Babylonian armies would not have understood this, they were succeeding in their conquest because the Lord was using them to accomplish His purposes.  Seen from this perspective, history is truly His story.  God is working out His plan, using geo-political movements and human decisions.

The God who delights in kindness (hesed—9:23) says he “can no longer show compassion” (15:6). Literally verse 6 reads, “I am weary/tired of relenting/holding back.”  God’s loyal love has led Him to hold back judgment.  But He has reached a point where He is tired of holding back the judgment His justice demands.

Judgment comes “because of what Manasseh. . . did in Jerusalem” (7).  But the childrens’ teeth are not just being set on edge for the sour grapes their father’s ate (31:29-30).  God declares to Judah that judgment is coming “because of all your sins throughout your country” (13).  The present generation of Jews has also eaten the sour grapes of rebellion. 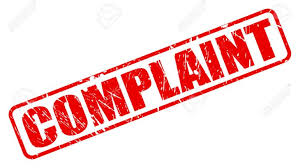 Jeremiah’s complaint and God’s correction and protection:  Verses 10, 12-18 contain an extended complaint by Jeremiah.  He is feeling sorry for himself due to the sorry situation he’s in:  everyone is against him (“everyone curses me”—10); he feels isolated and alone (“I sat alone”—17).  Faithfulness to God has brought “pain unending” (18).

Jeremiah hits a low point, giving way to self-pity.  He essentially says he wishes he’d never been born (10), grouses about how he’s become a pariah to his people (10), reminds God that he stayed away from the party crowd and happy times (17), and describes himself as suffering unending pain and an incurable wound (18).

He asks God to protect him (“do not take me away”—15) and to avenge him on his persecutors (15).  But he goes further by blaming blames God for his troubles:  “I suffer reproach for your sake” (15).  He couches an accusation in the form of a question: “Will you be to me like a deceptive brook, like a spring that fails?”  His faith is wavering as it seems the flow of God’s grace has dried up.

Adding to Jeremiah’s pain is the fact he has embraced God’s Word and the ministry of proclaiming it:  “When your words came, I ate them; they were my joy and my heart’s delight, for I bear your name” (16).  Rather than eating with the party crowd (17), Jeremiah ate God’s Word with joy and delight.  He ingested and internalized God’s message—even when that message of judgment gave him indigestion (like it would later do to the apostle John in Revelation 10:9-10; sweet to the taste, sour to the stomach).

The Lord’s answer to Jeremiah is to remind him of his original call to ministry and God’s original promise of protection.  In chapter 1 Jeremiah is commissioned to “stand up and say to them whatever I command you” (1:17); in chapter 15 he’s told to “utter worthy, not worthless words” in order to be God’s spokesman (“to stand before my face”—Hebrew wording in vs 19).  Jeremiah is not to turn to the people but wait for them to turn to him.  Only if he stays a faithful communicator of God’s worthy (but difficult) message can he continue to be God’s spokesman.  In fact, Jeremiah is called to repent (literally “to turn”) so he could be restored.  The Lord rebukes Jeremiah’s perspective and accusatory attitude.  However, the Lord concludes by repeating His original promise of protection (15:20 is almost identical in wording to 1:19).  God’s promise stands and He can make Jeremiah stand even when he feels shaky.

Rather than seeing Jeremiah as emotionally unbalanced and unstable, I see him as a man worn down by his calling.  If God is weary of holding back judgment (6), Jeremiah is weary of proclaiming it and suffering for his prophetic ministry.  The sting of social critique and exclusion has brought him to a low point.  Like Elijah at Mt. Horeb, Jeremiah has lost perspective and become downcast (1 Kings 19:10).  But which of us in ministry have not had similar feelings or prayed similar prayers? And our ministry situations have not been as dark and dire as Jeremiah’s!  I’m grateful to God for allowing Jeremiah’s journal of prayers and tears to be included in His Word.  If Elijah was “a man like us” (James 5:17); Jeremiah was too.