This chapter contains one of the “greatest hits” passages in the book (22-24).  However, it’s a passage that I’ve not really seen it in the context of chapter 9.

The chapter has an internal unity to it, as evidenced by recurring themes.  Note the emphasis on “knowing” (acknowledging) the Lord (Hebrew word:  yadah– in verse 3, 6 and 24), the mention of wisdom (12, 23), and the allusion to the warriors/might men/young men (21, 23). The chapter begins with God’s indictment on the people for their injustice and unrighteousness (3-8) and ends with God’s affirmation of His own delight in and commitment to “justice and righteousness” (24).  The people of Judah have tongues like a “deadly arrow” (7); God will send the Babylonians to attack them (with literal arrows and swords — 16).  God’s character moves Him to judge when He sees the unrighteous character of His people.

The flow or argument of the chapter seems to be as follows:

3-6  God’s indictment on the people for their injustice towards one another, specifically in their slanderous, deceitful speech.  Their tongues are like bows shooting deadly, deceitful words.  Gone is integrity and kindness.  Jeremiah (“you” is singular in vs 6) has to watch his back; his “friends” are not acting friendly.

7-11  God’s expressed intent to bring judgment (refining fire that burns dross) upon His people for their slanderous speech.  While it brings Him to tears to do it (10), He will avenge Himself on the nation (9) and turn their land and cities into heaps of deserted ruins.

12-16  God asks who has the wisdom to understand what’s going on; who gets the fact that the devastation on the nation is God’s condemnation and judgment?  The three “phases” of judgment repeatedly spoken of in Jeremiah (part of the “uprooting and tearing down—1:10) are highlighted in verses 15-16:  God will make them eat bitter food and drink poison water (siege), scatter them among the nations (exile) and pursue them with the sword (attack on remnant that flees to Egypt).

17-22  Jeremiah (or God) calls the women to become “wailing women” and to teach their daughters to do the same.  They are to weep for the devastation that will come upon the nation—including children and young men.

23-24  In light of what’s coming, the Lord gives words of instruction to the nation:  the wise, strong and rich are not to glory in their wisdom, strength or riches.  All of these will be eradicated in the coming judgment.  People will not be able to escape through their wisdom, strength or riches.  So instead of boasting (hll—praise; see word study below) in these qualities, the one who boast should only boast in the Lord.  Specifically that he knows and understands the Lord and His ways.  That he knows the Lord’s delight in and commitment to exercising loyal love (hesed), righteousness and justice on earth.

25-26   Final word of promised judgment from God upon all in Israel and the surrounding nations who are “uncircumcised in heart.”

So in context, the Lord’s admonition to boast only in knowing Him (rather than in our wisdom, strength or riches) is based on the stark historical realities about to envelop the nation.  Because they have forsaken God’s law and not obeyed Him (13), judgment is coming in the form of the Babylonian armies.  Human wisdom, strength and riches will be unable to save the day.  The only hope for people comes in God and in knowing (intimately experiencing and relating to) Him. 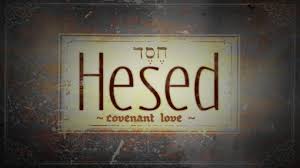 God wants His people to know and understand that He is the LORD  who exercises (literally: makes) loving kindness (Hebrew word:  hesed)  justice and righteousness on earth.  These three terms are crucial to understanding God’s character and His ways.  He does loyal, covenantal love; He does justice and righteousness.  What’s more, He delights (finds pleasure and satisfaction) in doing all three—simultaneously, continually.

These verses about God help us understand why He hates slander, deceit and disloyalty—they go against the trio of God’s core characteristics.  Sin can be seen as violations of His character (falling short of the glory of God). We sin when we fail to be loving, loyal and kind.  We sin when we act in unjust ways.  We sin when we deviate from His righteousness.  The early chapters of Jeremiah repeatedly highlight the people’s failings in these three areas:  They are unfaithful (disloyal), unjust and unrighteous (see chapter 7). Knowing God would involves more than just having a cognitive awareness of these characteristics; it includes delighting in them.

The word “boast” (used repeatedly in 23-24) is the Hithpael of הָלַל (as in hallelujah).  Westerman has a lengthy and helpful article on the verb (Theological Lexicon of the Old Testament) where he draws out many implications based on the usage of the word.  For example, he points out this verb is most frequently linked to God—we praise Him.  The imperative shows that praising the Lord is foundational and essential to our lives, especially the community life (since the verb is mostly in the plural and linked to worship contexts).  The grouping of the verb with verb stems related to joy, singing, gladness show that praise is to be joyful for us.  Since the command to praise is given to all creatures, praise is not simply a rational, cognitive response to God.  It’s a whole-being response to the One True God.