Posted on November 13, 2019 by rickandlindareed

“Men behaving badly”.  Sadly, that sentence could be the tagline for many stories that make the news in our day.  From physical abuse to dismissive attitudes, many women have been deeply wounded and damaged by men behaving badly.  And many men have become confused about what they are to be and do as men.  Last year, I had a group of young men at Heritage College ask me to meet with them to help them gain a biblical understanding of what a godly man looks like.

I’ve written down some of the material I presented to these young men in an article entitled, “Better Men”.  Over the next four weeks, I’ll post sections of this article.  I’m grateful for the strong desire on the part of so many young men at Heritage to grow into “men behaving godly.” 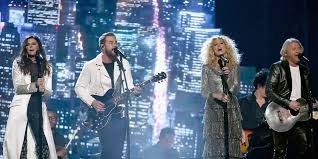 At the 2018 Grammy Awards, the country group Little Big Town won an award for their song, Better Man.[1]   The song, written by Taylor Swift, tells the story of a woman who literally ran away from a toxic relationship with a volatile, self-centered man.  But even after she leaves, she finds herself missing him, wishing things had turned out differently.  The catchy tag line, repeated multiple times, captures her sadness: “And I just miss you, and I just wish you were a better man.”

One of the reasons Better Man received so much attention and airplay has to do with its timeless and timely theme.  It’s timeless as it speaks to a situation women have lived through or are currently living in.  How many women have found themselves disappointed in marriage and disillusioned by a husband who they wish would grow up and become a better man, a man who does more than serve himself?  It seems that, almost daily, we hear another media report of some well-known, (formerly) highly respected man caught behaving badly towards women.

One thing is clear:  our world desperately needs better men.

But just what does a better man look like?  At this point, things get cloudy.  That’s because western society is no longer clear on what we mean by a “man.”  In a day when gender is seen as a personal choice, it’s daunting to define manhood in a meaningful way. 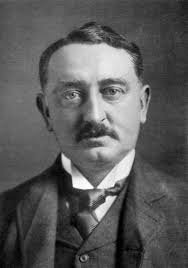 There was a day when describing what it means to be a better man was not controversial in Western culture.  When South African businessman, Cecil Rhodes established a fund in 1904 to bring male students from the United States, United Kingdom or Germany to study at Oxford, he had a clear vision of the kind of student he wanted to scholarship:  men who demonstrated “qualities of manhood, truth, courage, devotion to duty, sympathy for, and protection of, the weak, kindliness, unselfishness and fellowship. . . moral force of character and instincts.”  As he put it, these would be the best men for the world’s fight.[2]

In our cultural moment, Rhodes’ words read like sepia-toned, antiquated relics from another era.  They ascribe qualities to manhood that are certainly not unique to males.  Women often excel men when it comes to courage, devotion to duty, protection of the weak (think “mother bear”) and the rest of the virtues on Rhodes’ list.

All this makes it challenging to define manhood in a way that is not simply a reflection of current societal sensibilities—past or present.  In contemporary Western culture, where the notion of gender has become increasingly fluid and flexible, some advocate abandoning all attempts to identify what is uniquely male.

As a result, many men—even in the Church—find themselves confused about what it means to be a man. If their nine-year-old son asked, “Dad, what does it mean to be a man and not a woman?”[3], many men would struggle to give a biblically-based answer.

The difficulty many Christian men face in articulating what it means to be a man is partly due to the common humanity men and women share.  God created both men and women in His image (Genesis 1:27-28).  Not surprisingly, we have much in common; in fact, we are more similar than dissimilar.  Further, the New Testament calls both men and women to be conformed to the likeness of Christ (Colossians 3:10) and to evidence the fruit of the Spirit (Galatians 5:22-23).  Christ-like character and Spirit-empowered characteristics are not exclusively male or female.

similar but not identical

If you picture manhood and womanhood as two circles in a Venn diagram, the Scriptures teach there will be a substantial overlap.  At the same time, from a biblical perspective, the two circles will not be completely superimposed on top of each other.  Scripture indicates God intentionally made men and women similar but not identical.  Biologically and physiologically, this is difficult to miss:  men and women differ in muscle mass, bone mass, body fat, cardiovascular function, blood pressure rates and a host of other ways.  But the differences are more than physiological.  The Bible teaches God meant something specific when he made a man and meant something specific when He created a woman. As men and women, we reflect something specific about His image.

So how are we, as men, to discover what God meant us to be as men?  What does it mean to be a man and not a woman?

To answer that question, we need to go back to the beginning.  We need to carefully look at the creation account, discovering clues regarding God’s original intent for men and women.  Then, we need to examine the rest of Scripture to see how later writers of inspired Scripture understand and interpret the Genesis account.

While the findings of the social sciences should not be ignored, we must give prior consideration and primary weight to God’s Word.  He, as Creator, is the only one who can truly tell us what He made us to be—as human beings, as men and women.  He holds the patent on humanity.

As you read through the opening chapters of Genesis, you won’t find a one-sentence definition of what it means to be a man or a woman.  However, you will discover clues and pointers brought out by the emphasis of the narrative.  Clues, by their very nature, are subject to being misinterpreted.  That’s why we must look to the rest of Scripture for how biblical authors interpret these clues.  Since all Scripture is inspired by God, we can expect it to speak with a consistent voice.

By examining the clues in Genesis and listening to how New Testament writers interpret these clues, we can begin to formulate a biblical vision for men and women. Our focus in this article is on men, so let me highlight three key insights that will enable us to cut through the cultural confusion and get a clearer view of God’s intention for manhood.

This entry was posted in Heritage, Leadership, Ministry Matters. Bookmark the permalink.