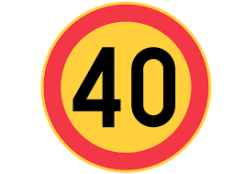 Chapter 40 focuses on the release of Jeremiah by the Babylonian officials (summarized briefly in 39:13-14), providing significant details that validate Jeremiah’s ministry and “reward” him for his service—something the Jewish leaders had not done.  The second half of the chapter begins the account of the “rest of the story”—what happened to the remnant left behind in Judah after the destruction of Jerusalem and the deportation of most of the survivors (7-16).

Verse 1 begins with an affirmation that Jeremiah continued to be God’s messenger even after the fall of Jerusalem:  “The word came to Jeremiah from the Lord after Nebuzaradan commander of the imperial guard had released him at Ramah.” Jeremiah had been faithful to receive and report God’s Word before disaster hit.  Though his world was rocked by the fall of Jerusalem (see Lamentations), he continues faithful to his call.

At first glance, there appear to be differences between the report of Jeremiah’s release contained in chapter 39:13-14 and the parallel account in 40:1-6.  Chapter 39 says Jeremiah was “taken out of the courtyard of the guard” and “turned over to Gedaliah” (14).  Chapter 40 indicates he was released in Ramah, a town five miles north (1) and given the choice of whether to go to Babylon or stay with Gedaliah’s remnant in Judea (4-5).  That the two accounts harmonize is logically assumed by the fact they occur back to back; it’s foolish to think the author of the book couldn’t spot obvious discrepancies in successive chapters of his own work.  A plausible harmonization of the two would be as follows:  Jeremiah was taken from the courtyard in Jerusalem with other captives, brought to Ramah where he was identified and released to go wherever he pleased.  He chose to stay in Judah where Gedaliah was ruling.  This result is summarized in 39:14 with the words,  “They turned him over to Gedaliah.”

A fascinating feature of Jeremiah’s release is the declaration by a pagan Babylonian ruler that the fall of Jerusalem was the result of the Jew’s disobedience and the Lord’s judgment (2-3).  While there is no indication that Nebuzaradan was a follower of YHWH, this does indicate his knowledge of Jeremiah’s prophecies—the likely reason Jeremiah was freed and treated well by the Babylonians.  It may also show Nebuzaradan’s polytheism—a view that various gods were at work in the world.  His words serve as a confirmation of God’s sovereignty over the nations and His faithfulness to His prophetic promises—even the promise to bring judgment on His own people.

Nebuzaradan not only grants Jeremiah freedom to go to Babylon or stay in Judah, he also gives Jeremiah “provisions and a present.”  Again, this action is an ironic rebuke to the Jewish leaders—a pagan official honours the prophet who had been mistreated by his own people.  Behind Nebuzaradan’s action is the faithfulness of God who was keeping His promise to care for Jeremiah.

The text emphasizes the freedom Jeremiah is given by the Babylonians.  He’s freed from imprisonment (“I am freeing you from the chains on your wrists”—4) and free to choose where to live (“go anywhere else you please”—5).  It seems somewhat surprising that Jeremiah chooses to stay with Gedaliah and the remnant in Judah in light of the previous vision of the “good and bad figs” (chapter 24).  In this vision, Jeremiah saw two baskets of figs; one basket had “very good figs” while the other had “very poor figs” (24:2).  The Lord revealed that the good figs represented the exiles in Babylon.  God promised to “watch over them for their good” and to “bring them back to this land” (24:6).  The poor figs stood for “Zedekiah king of Judah, his officials and the survivors from Jerusalem, whether they remain in this land or live in Egypt” (24:8).  God pledges to “send the sword, famine and plague against them until they are destroyed from the land” (24:10).

So why would Jeremiah stay with the remnant, the poor figs, who would be judged by God?  Perhaps the answer comes in the first verse of chapter 40:  “The word came to Jeremiah from the Lord after Nebuzaradan . . . released him at Ramah” (1).  No specific prophetic message is recorded in this chapter.  In fact, it’s not until 42:7 that we hear Jeremiah giving a message from God to the people.  One possible interpretation of 40:1 is that this verse is a general statement that God was still speaking to and through Jeremiah after the fall of Jerusalem.  In this reading, Jeremiah exercised his own choice to stay in Judah, even though he knew he would be staying with the “poor figs.” However, it may be that the word from the Lord referenced in 40:1 included God’s message to Jeremiah to remain with the remnant in Judah.  They would need him even though they would not listen to him.  God sometimes calls His servants to remain in difficult ministry situations.

The second half of the chapter begins the sad saga of Gedaliah, the army officers and the remnant in Judah (7-16).  Gedaliah, who was appointed governor by Nebuchadnezzar, was from good stock.  His father had helped Jeremiah when others wanted to kill him (26:24).  His grandfather has been a faithful secretary to good king Josiah. Gedaliah sets up shop in Mizpah, a city several miles north of Jerusalem.  The scattered army officers come to him (8) as do Jews from surrounding countries (11).  Gedaliah encourages them to glean what they can from the vineyards and olive groves (10), to settle down in the land and submit to the Babylonians (9, the same command given to the exiles—29:5).  Gedaliah promises to represent them to the Babylonian officials who come to check up on them (10).

Johanan, one of the army officers, privately tells the governor that another officer—Ishmael son of Nethaniah—is a deadly threat.  Johanan alleges that Ishmael is working for Baalis (king of the Ammonites) and plans to assassinate him (14).  Johanan offers to quietly take Ishmael out, killing him before he can kill the governor.

Gedaliah may have been a good man but he was a poor judge of character. Johanan turns out to be spiritually weak but he has street smarts.  Gedaliah won’t listen to Johanan’s warning; twice he dismisses his concerns as misguided (14, 16). There is no record that Gedaliah sought to investigate Johanan’s charges or asked Jeremiah for help.  Gedaliah’s naïve trust in Ishmael proves to be a fatal mistake (41:1-4).  Here is a cautionary tale about being too trusting and dismissing warnings.