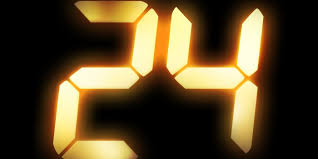 Verse 1 sets the historical back story for this short chapter:  this vision and message are given to Jeremiah after Jehoiachin (Jeconiah), court officials (like Daniel and his three Hebrew friends), and craftsmen/artisans are captured and exiled to Babylon.  Jehoiachin’s reign was brief (3 months) and the rest of his life would be lived in captivity. So this message comes sometime during the reign of Zedekiah (8)—the final Judean king.

After the leading citizens of the city are gone, the Lord shows Jeremiah a vision of two baskets of figs placed in front of the Temple. One basket is filled with beautifully ripe fruit; the other with inedible figs.  Jeremiah is asked by the Lord, “What do you see?” –a reminder why prophets were often called “seers.”  After he answers correctly (3), the Lord provides the interpretation of the vision:  the good figs are the exiles, the poor figs represent the current king (Zedekiah) and the Jews remaining in the land.  God will watch over the exiles “for their good” and bring them back to the land (6); God will bring “the sword, famine and plague” against those left in Judea (10). 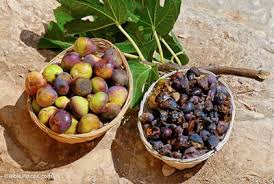 The meaning of the vision of the two baskets of figs is surprising to me.  Exile from the land is normally associated with God’s judgment and curse (Deuteronomy 28:64ff).  Staying in the land is linked to blessing.  But here it’s the reverse.  Those taken away from Jerusalem by Nebuchadnezzar are being watched over for good by the Lord; those remaining in the land will be destroyed.  So in this case, a temporary exile (70 years) is God’s protection from the destruction He will bring on Jerusalem and Judea.  While exile is not a good thing, it’s a better thing than devastation and death. Some times God removes His people from a bad situation for their own good.  Sometimes exile is a severe mercy, a painful protection and forced escape.

I would imagine that exile didn’t feel like the better option to those uprooted and forced out.  It must have felt like a tearing and a torment (Psalm 137), a painful separation from loved ones and familiar places.  And staying behind would have felt like dodging a bullet and being one of the “lucky ones.”  But from God’s perspective and plan, it was the opposite.  As the heavens are higher than the earth, so God’s thoughts and ways are higher than our thoughts and ways (Isaiah 55:9).

But God says he will “regard as good the exiles from Judah” (5)—they are the good figs. The Hebrew word translated “regard” (נָכַר) can carry the idea of observe with a view to recognition,  to acknowledge, or to investigate.  The inference I draw from the text is that God regards the exiles as good after He gives them a new heart and they return to Him “with all their heart” (7). When God says “I will give them a heart to know me”, the implication is that they don’t yet have that kind of a heart.  When He says “they will return to me with all their heart” (7), the implication is that this spiritual turning is still a future response rather than a present reality.  It’s true that Jehoiachin did surrender to Babylon rather than resist (like Zedekiah), something Jeremiah called kings and people to do.  It’s true the exiles had some stellar spiritual leaders—Daniel and his three friends.  But not all the exiles were of this spiritual caliber:  Pashhur and his lying friends were in the group (20:6). Also, Jeremiah 29:19 indicates the exiles had not listened to the Lord’s word “either.”

With the bad figs, God does not need to give them a rebellious, stubborn heart; they already had one.  All God does is leave them in their natural state as “poor figs” (8; but see 29:17).  In fact, unless God had given the exiles a change of heart, they would have been no different than those left behind in Jerusalem and Judea.

It would seem that the difference between the two groups of Jews was the result of God’s gracious work in the hearts of the exiles.  God makes a choice to “watch over” the exiles “for their good” (6) and to give them a heart to know Him as the Lord (7).   The reasons for His choice are not overtly disclosed.  As Paul would later write:  “Therefore God has mercy on whom he wants to have mercy, and he hardens whom he wants to harden” (Romans 9:18).  Or, using a metaphor that comes from Jeremiah, “Does not the potter have the right to make out of the same lump of clay some pottery for noble purposes and some for common use?” (Romans 9:21).

Here is an Old Testament case study that lines up with the New Testament truth of God’s prevenient grace in salvation:  “For it is by grace you have been saved, through faith—and this not from yourselves, it is the gift of God—not by works so that no one can boast” (Ephesians 2:8-9).

The prophecy of the two baskets of figs plays out exactly as the Lord said it would.  He did preserve a group of the exiles to Babylon. Even though they had been “uprooted” from their homeland, God’s plan for them was ultimately to “plant them and not uproot them” (6).  God gave many of the exiles a heart to know Him (7): leaders like Daniel, Nehemiah, Ezra, Zerubbabel, Mordecai would stay true to Him; many of the exiles would brave the dangerous journey back to their homeland after the 70 years in Babylon were completed.  God watched over His exiled people and ensured a remnant that would both return to Him “ all their heart” (7) and return to the land in His good time.

On the other hand, God’s dire words about those remaining in Jerusalem also played out as predicted.  These Jews did not evidence a heart to know God; in fact, they continued to arrogantly reject His word (43:2-3) and brazenly worship false gods (44:15-19).  Zedekiah, his officials and the people in Jerusalem did become “abhorrent and an offense to all the kingdoms of the earth” (9).  Zedekiah watched his sons slaughtered, had his eyes put, and then was taken to die in Babylon.  The people who survived the “sword, famine and plague” at the fall of Jerusalem were completely “destroyed from the land” (10). At first they remained in the Judah but were attacked by the king of Ammon (Jeremiah 41).  Next, they fled to Egypt (8, see also Jeremiah 42-44) where they were further decimated; only a few would ever return to their homeland (44:28).