At the heart of the relationship between God and Israel was the covenant(s) He made with them down through the years: Abrahamic (“forefathers”—5), Davidic and Mosaic. In chapter 11, the Lord indicts the nation for their blatant, continual violation of the Mosaic covenant—the covenant God made when He “brought them out of Egypt” (4). Based on God’s gracious deliverance of the nation from “the iron-smelting furnace” (4), this covenant demanded obedience (“”obey the terms of this covenant”—3; “Obey me and do everything I command you”—4), warned of curses for disobedience (3, 8, 11), and promised that obedience would bring about a close relationship with God (“Obey me. . . and you will be my people and I will be your God”—4) and a blessed homeland (“Then I will fulfill the oath I swore to your forefathers, to give them a land flowing with milk and honey”—5).

Sadly, Israel flagrantly violated the terms of the covenant. Instead of obeying, they repeatedly “followed the stubbornness of their evil hearts” (8) and “followed other gods” (10, 13, 17). They still kept up a ritualistic observance of Temple worship (15), but their wickedness negated its validity.

Because both Israel and Judah had “broken the covenant” (10), God kept His promise and brought upon them the curses of the covenant (detailed in Deuteronomy 28). Their disobedience would bring “disaster” (11, 12, 17, 23). The curses of the covenant were centered on progressively severe consequences, ultimately resulting in invasion, devastation and exile from the land. God had brought some of these consequences on the people already (8), and was now resolved to bring on the full measure of judgment (11-12). The gods the nation had adopted would be powerless to help them now (12-13). Jeremiah is even told that praying for the nation was futile; God would not listen to their calls for help in their time of distress (14).

While other passages in Jeremiah picture God’s relationship with Israel as a marriage (a marriage covenant), this passage has a more “legal” or “official” feel to it. God is the Sovereign (Suzerain) and the people of Israel are His subjects. It’s not that God no longer loves them (note the reference to Israel as “my beloved”—15), it’s rather that God is ever and always “the Lord, the God of Israel” (2). He is the Covenant maker, Covenant Keeper and Covenant Enforcer. 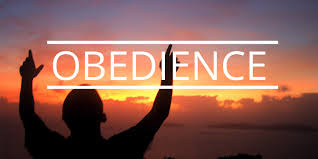 It’s clear in this chapter that obedience is not optional. The word “obey” is used repeatedly to highlight God’s expectation (3, 4, 7). Put in other terms, Israel is commanded to “listen to the terms of the covenant” (2, 6, 8, 10), with “listen” meaning “to give attention to God’s commands [terms] as evidenced by following through with obedience to those commands.” Because Israel would not “listen” to Him, God promises that He will not “listen” to their prayers for help (11, 14).

Under the New Covenant (Jeremiah 31), obedience is still part of the “terms of the covenant.” God still expects His people to listen to His words and follow them. But the difference is that, under the New Covenant, God promises to “put my law in their minds and write it on their hearts” (31:33). Or, as Ezekiel expresses God’s promise: “I will give you a new heart and put a new spirit in you; I will remove from you your heart of stone and give you a heart of flesh. And I will put my Spirit in you and move to you follow my decrees and be careful to keep my laws” (36:26-27). Paul summarizes the same truth in Romans 8 when he writes, “the righteous requirements of the law [i.e., obedience] might be fully met in us, who do not live according to the sinful nature but according to the Spirit” (Romans 8:4).

God never drops the obligation of obedience. The expectation is the same under Old and New Covenant. That’s why Jesus could say, “If you love me, you will obey what I command” (John 14:15). However, there are significant differences between the Old and New Covenant. Under the New Covenant, God provides the internal ability for His people to obey His commands. He changes their hearts, removing the “stubbornness of their evil hearts” (Jeremiah 11:8), and replacing it with a new heart that is soft [not hardened] and submissive [not rebellious] to God’s will. Additionally, He places His Spirit in us [in our hearts] to provide power to follow His commands. [A further difference is that the “terms” of New Covenant call us to obey “Christ’s law” (1 Cor. 9:21)—the commands of Christ, expressed in the teachings of Jesus and His apostles.] 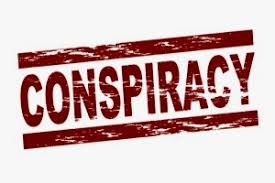 Twin conspiracies: There is a sense in which there are parallel conspiracies revealed in this chapter. God indicts the people for their “conspiracy” against Him (9). The Hebrew word can be translated “treason” (2 Kings 11:4). Here it speaks of a premeditated rebellion and cover up. The people pursue other gods but think that offering sacrifices in the Temple (“consecrated meat”—15) will appease the Lord.

At the same time there is a “conspiracy” (though the word is not used) against Jeremiah by the people from his hometown, Anathoth (18-23). They were plotting (Hebrew: think, plan) against him, planning to destroy him because of his distressing prophecies (19). Here is another example of a type of “broken covenant”; we expect people from the same town to defend not destroy one another (although Jesus would experience a similar conspiracy in his hometown—Luke 4:28-30). Jeremiah was naïve and unaware of the conspiracy against him (“like a gentle lamb led to the slaughter”—19), until the Lord revealed it to him. Jeremiah calls on the Lord to bring vengeance upon his enemies in a way that he can see (“let me see your vengeance upon them”—20). The Lord responds that He will indeed bring disaster on the men of Anathoth, destroying them for their plans to destroy His servant. Jeremiah doesn’t try to take his own revenge (he was likely powerless to do so); instead he leaves room from the wrath of God (Romans 12:19). Jesus would call us to go further and do good to our enemies (Luke 6:27-36). There is a sense in which Jeremiah did love his enemies; he grieved over their disaster. Jesus proves to be the Greater Jeremiah, praying forgiveness not vengeance on those who conspired to kill Him (and all of us who are part of the broken covenant).