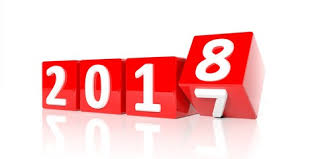 As we launch into a New Year, I have an old idea I would ask you to carefully consider. Although the idea isn’t new, it could lead to a new you. Or, to put it in more precise theological terms, it could help the new you (who you are in Christ) come more into view (visible spiritual growth).

The idea comes from James Gray’s book, How to Master the English Bible—first published in 1906. Gray, who served as the president of the Moody Bible Institute for thirty years (1904-1934), didn’t actually come up with the idea himself. He learned it from a Christian layman. But this simple idea had a profound effect on his spiritual growth.

The first practical help I ever received in the mastery of the English Bible was from a layman. We were fellow-attendants at a certain Christian conference or convention and thrown together a good deal for several days, and I saw something in his Christian life to which I was a comparative stranger—peace, a rest, a joy, a kind of spiritual poise I knew little about. One day I ventured to ask him how he had become possessed of the experience, when he replied, “By reading the epistle to the Ephesians.” I was surprised, for I had read it without such results, and therefore asked him to explain the manner of his reading, when he related the following: He had gone into the country to spend the Sabbath with his family on one occasion, taking with him a pocket copy of Ephesians, and in the afternoon, going out into the woods and lying down under a tree, he began to read it; he read it through at a single reading, and finding his interest aroused, read it through again in the same way, and, his interest increasing, again and again. I think he added that he read it some twelve or fifteen times, “and when I arose to go into the house,” said he, “I was in possession of Ephesians, or better yet, it was in possession of me, and I had been ‘lifted up to sit together in heavenly places in Christ Jesus‚’ in an experimental sense in which that had not been true in me before, and will never cease to be true in me again.”

I confess that as I listened to this simple recital my heart was going up in thanksgiving to God for answered prayer, the prayer really of months, if not years, that I might come to know how to master His Word. And yet, side by side with the thanksgiving was humiliation that I had not discovered so simple a principle before, which a boy of ten or twelve might have known. And to think that an “ordained” minister must sit at the feet of a layman to learn the most important secret of his trade!

Most Christians know that reading God’s Word is essential to their spiritual health. Yet, according to the Canadian Bible Engagement Study, only a fraction of professing Christians (14%) read the Bible at least once a week. (And as my father used to say, “Seven days without God’s Word makes one weak”).

So here’s the challenge I’d invite you to consider this year. Select a book in the Bible and read it repeatedly in the coming weeks or months. Last year, I did this with the four Gospels. I spent every morning reading consecutively and reflectively through Matthew, usually a chapter each day. When I finished Matthew, I went on to Mark. Then Luke. Then John. When I finished John 21, I went back and started again with Matthew 1.

I thoroughly enjoyed reading and rereading the biblical accounts of Jesus’ life and ministry in 2017. Many mornings I was challenged by Jesus’ words (“Why are you so afraid? Have you still no faith”—Mark 4:40) or comforted by His grace (for example, Jesus’ words of commendation about John the Baptist at a time when John’s faith wavered—Luke 7:28).

While doing a saturation reading of one book of the Bible is certainly not the only way to engage with Scripture, it’s a way I’ve found to be extremely beneficial. I’m convinced you will too.

(If you could use a few more tips on how to implement this idea, check out this helpful blog post by Joe Carter. This is where I was introduced to James Gray’s idea.)