As we set sail into a New Year, we all hope for smooth sailing. But most of us have lived long enough to know storms will be coming our way. Balmy days and calm waters will, at times, turn into churning, choppy seas. How are we to navigate life in the midst of a deluge? What do we hold on to when we can’t find our spiritual land-legs? We get some answers to these questions in Acts 27. 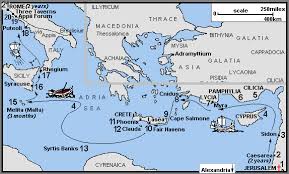 In terms of high adventure and suspense, Acts 27 is a page-turner. Luke records, in vivid detail and nautically-precise terms, the voyage taking Paul from Caesarea towards Rome. Bad weather causes a detour to Crete. From Crete, things really go south (and west). The ship is driven for two weeks by a unrelenting storm; finally, the waterlogged boat shipwrecks off the coast of Malta.

As we read the tail of the trip in Acts 27 we notice two things: First, Paul shows faith, courage and leadership in the midst of the storm. Second, God shows sovereign control over events that seem out of control.

This chapter gives us a marvellous case study of the interplay between God’s sovereignty and human responsibility. Between God’s purposes and the choices of people. Here are four reminders that can provide ballast for our spiritual boats when the waves are high.

Human perception is limited and fallible

The captain and crew were convinced they should sail from Fair Havens to find a better winter port in Phoenix. On a calm day when a “gentle south wind” began to blow, they “thought they had obtained what they wanted” and launched out (13). Bad idea. They were clueless of the “northeaster” sweeping down on them.

Like that captain and crew, we don’t know what storms will blow into our lives this year. Our perception is both limited and fallible.

You’d think God’s desire to get Paul to Rome to “stand trial before Caesar” (verse 24) would have insured Paul was in for clear sailing. Not so. This trip would be stormy, slow and circuitous.

Paul makes two statements that, on one hand, don’t seem to go together: First, in verse 22: “not one of you will be lost.” Later, in verse 31: “Unless these men [sailors] stay with the ship, you [soldiers] cannot be saved” (31). If none could be lost, how could the sailors’ departure keep the soldiers from being saved?

Evidently, God’s promised outcomes don’t negate the importance of human choices. God’s sovereignty doesn’t drown human responsibility. We are to have faith in God’s promises and still do the right things.

The bigger story in Acts 27 is not just the Mediterranean storm or Paul’s faith-filled leadership. The bigger story is God’s commitment to keeping His promises and fulfilling His purposes. The Lord had promised Paul he would make it to Rome to be a witness for Christ to “the Gentile and their kings” (9:15; 23:11). God’s purpose was to move the gospel message from Jerusalem, to Judea, Samaria and the ends of the earth (1:8). 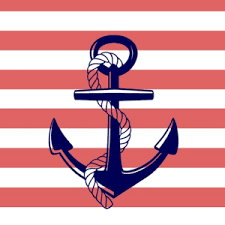 When storms threaten to deluge our souls, we have an anchor of hope in God’s sovereign purposes and His Scriptural promises. He will accomplish His plans and enable us to fulfill our part in His bigger story. We can take the words Paul spoke to his shipmates to heart: “So keep up your courage” (27: 25).