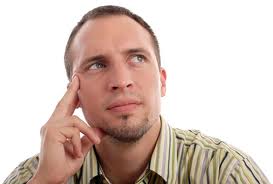 Let’s face it—not everyone’s convinced of the value of a Bible School or seminary education.  How will it lead to a good paying job?  Isn’t it a luxury, not a necessity, for those involved in ministry?  Is it really strategic investment for donors?

You won’t be surprised that I’m convinced of the value of Bible College and seminary.  I personally benefitted from my time at Biola (which stands for Bible Institute Of Los Angeles), Dallas Seminary and Trinity Evangelical Divinity School.

But beyond my own experience, I’m convinced there is a solid biblical case to be made for the value of being trained for life and ministry at a Bible School or seminary.  Rather than trying to lay out an exhaustive case (which would also be exhausting to read), from time to time on the blog, I’ll present a part of my thinking on the subject.  I’ll come at it from different angles, some you might anticipate and some that might surprise you.  Here’s my first one.

The best people to send on a rescue mission are those who blend trust with training.

There’s a fascinating story tucked away in Genesis 14 about the time Abram’s nephew Lot got caught in the middle of a tribal war.  He (and his entire family) was taken captive as a POW by the conquering kings.  When Abram got the bad news, he “called out the 318 trained men born in his household and went in pursuit” (Genesis 14:14).  Dividing his men into two groups, Abram’s small army attacked at night, routed the enemy and recovered Lot.

On the way back home, Abram is met by a king named Melchizedek who blesses Abram for his daring rescue and praises God “who delivered your enemies into your hand” (14:20).

So let me ask you a question, “Why was Abram successful in his rescue mission?”  Was it because of his 318 trained men or because of God’s timely intervention?  The Bible’s answer is “both.”  The passage emphasizes the fact that Abram had men who were trained for battle.  They knew how to handle weapons.  They could be deployed strategically.  But above and beyond that, the Bible credits God with winning the day.  As Proverbs 21:31 says, “The horse is made ready for the day of battle, but victory rests with the Lord.”

The church is engaged in a massive rescue mission.  People all around us are spiritual POWs, held captive and unable to deliver themselves.  As we mobilize to help liberate them through bringing the good news of the gospel, we will need to deploy men and women who trust the Lord and who are trained for service.

Bible Schools and seminaries provide biblical and theological training for those who will be serving on front lines of ministry.