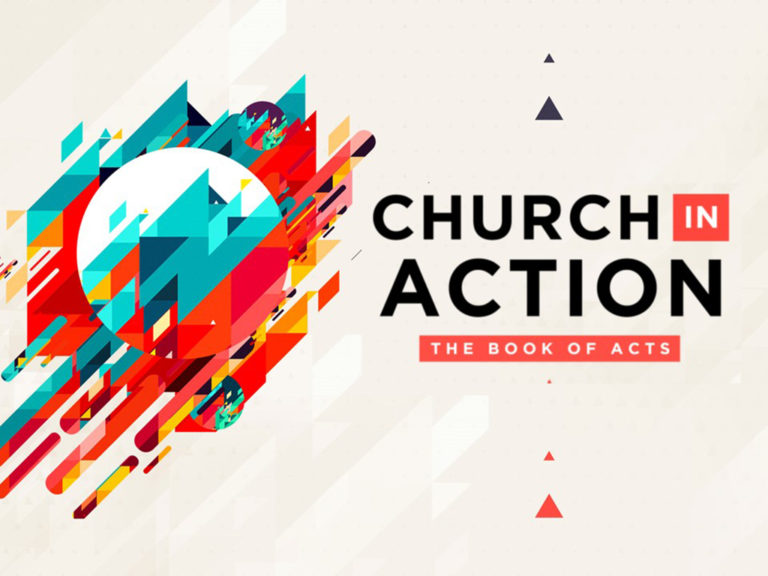 Each week, I hope to post my written reflections on one chapter in the book of Acts.  Last week: Acts 1.  This week:  Acts 2.  My prayer is that your mind and heart will be challenged and encouraged by these reflections on God’s Word.

In chapter 2 we have a record of one of the most significant events in the history of redemption.  In dramatic fashion, the Holy Spirit—the gift of the Father—is poured out by the risen, exalted Christ on his followers (32-33).  The results are literally world-changing.  Believers are empowered for witness (1-13; 1:8), the gospel is preached with power and conviction (14-40), over 3000 people repent, believe and are baptized (41), and the church is officially formed (42-47).

The opening verses chronicle how all the first believers were “filled with the Holy Spirit” (4) on the day of Pentecost.  This filling came in dramatic fashion: it was accompanied by “a sound like the blowing of a violent wind from heaven” (2).  Tongues of fire seemed to dance over the heads of each of the believers (3) who began speaking in other dialects and languages (3).

As I read and reflect on the tongues that surrounded the pouring out of the Spirit on the day of Pentecost, it’s difficult for me not to see a close link to the spiritual gift of tongues spoken of in 1 Cor 14.  It’s hard to see how the first believers would have seen the spiritual gift (a Spirit-given gift) as different than what took place on Pentecost.  In both cases, the same term is used (glṓssa) and a similar function is described:  speaking the wonders of God.  However, in 1 Corinthians, a spiritual gift is needed to interpret the gift (as opposed to simply needing someone who knows the language being spoken).

The commotion drew an international crowd of Jews who had come to celebrate the feast in Jerusalem.  Peter lists 14 locations from which the curious crowd surrounding the disciples had come to Jerusalem.  The NIV Study Bible has a helpful graphic showing how these people came from places in every direction from Jerusalem (the four corners of the map!).  One fascinating note is that some of those listening were said to be “Elamites” (10).  In Jeremiah 49 we read of God’s coming judgment on Elam.  But after this coming judgment, God has a blessing promised for Elam: “’Yet I will restore the fortunes of Elam in days to come.’ declares the Lord” (49:39).  Part of God’s promise to the Elamites was fulfilled on the day of Pentecost as some from their midst heard and (presumably) believed the gospel, becoming part of God’s new Church.

The crowd that assembled around the disciples were amazed to hear Galileans “declaring the wonders of God” in a host of other languages (8-12).  Some dismiss the event as a rowdy group of drunks, but others are both curious and willing to listen to Peter’s explanation (14-40).

Peter’s sermon explains, using Scripture, how this event is a fulfillment of Joel’s prophecy concerning the outpouring of the Spirit.  Peter links the death, resurrection, and exaltation of Jesus to the coming of the Spirit on those who have believed in him:  “Exalted to the right hand of God, he has received from the Father the promised Holy Spirit and has poured out what you now see and hear” (33).

The point of Peter’s sermon is those who had previously rejected Jesus and had a part in his death, should repent and be baptized in Jesus’ name—an indication that they have reversed their views about Jesus.  This repentance and baptism is the way they are to indicate they now confess Jesus to be “Lord and Christ” (36).

“Christ” is the Greek word for Messiah (anointed One).  “Lord” is the word for master or king.  It was a word used of God in the Old Testament.  It could be applied to human rulers (kings) or masters (by slaves).  It had messianic overtones for Jews and political overtones for Romans (Caesar is lord).  In the context of Peter’s declaration that Jesus has been made “both Lord and Christ”(36) is the emphasis that the Lord is the ruler of Israel from the line of David.  The previous verses show how David, a prophet as well as a king, foresaw one of his descendants would become the king who would defeat death (25-32).  Peter quotes from Psalm 110 and pictures the “Lord” seated at God’s right hand waiting for all his enemies to be made a footstool for his feet (34).  Jesus had used this same passage to show that he was both David’s son and David’s Lord (Mark 12:35-37).

Peter proceeds to link the term “Lord” to deity when he says “all whom the Lord our God will call” (39).  So, Peter is proclaiming Jesus as the divine, Davidic king who has defeated death (in fulfillment of Psalm 116) and has ascended to sit at the Father’s right hand (in fulfillment of Psalm 110).  This means that “confessing Jesus as Lord” (Romans 10:9-10) is acknowledging his authority, kingship and even divinity.  It was an affirmation of belief, allegiance, and submission.

The 3000+ people who repented (of their sins and rejection of Jesus) and were baptized (showing their allegiance to Jesus as Lord and Christ) joined the 120 others to form the first church.  Verses 42-47 gives us a glimpse of the life of the newly formed church, made up of Jews (and proselytes) from all over the Roman Empire (Hellenized and Hebraic Jews).  They devoted (all in!) themselves to “the apostle’s teaching, and to the fellowship, to the breaking of bread and to prayer” (42).  They saw evidence of the grace and power that left them with a sense of awe.  They shared possessions freely–perhaps with some who had come to Jerusalem from distant places and needed financial help.  They met in the Temple courts and in homes for meals. The Lord was at work to draw in others to become part of this fledgling fellowship.  “The Lord added to their number daily those who were being saved”(47).  These new believers were some Peter had previously referred to as “all whom the Lord our God will call” (39).

As I read that description of a church, I feel sadness and hope.  Sadness that our churches often seem far from that kind of experience and hope that God might move us towards this vision of a church fellowship.  As we seek to train those who will lead the Church through Heritage College and Seminary, may we give them a biblical vision of what that could be!