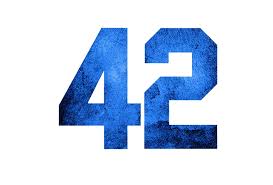 Chapter 42 continues the story line that began in 40:7 and runs through the end of chapter 43.  Where most of the longer narrative is filled with action and movement (assassination, battle, journey), chapter 42 stands still and records part of a lengthy conversation between the people and Jeremiah (42:1-43:3).  The extensive report of this dialogue is evidence of its watershed importance in the flow of the narrative.

Jeremiah re-enters the story in chapter 42, having not been mentioned since the narrative of Gedaliah’s assassination began (40:7).  While we aren’t explicitly told, it would seem he was among the captives taken by Ishmael and rescued by Johanan.

After the rescue, as the Jewish survivors begin to journey south toward Egypt (41:17), Jeremiah is approached by the entire remnant—by Johanan (the military leader) and “all the people from the least to the greatest” (1).  They lament their vulnerable, diminished condition (2) and ask Jeremiah to inquire of the Lord for them.  They want to know “where we should go and what we should do” (3).

There is an interesting and repeated interplay in the pronouns used by the people and Jeremiah when referring to the Lord.  At first, the remnant asks Jeremiah to inquire of the Lord “your” God (2, 3).  Jeremiah agrees, saying he will pray to the Lord “your” God (4).  The people respond with a promise to obey what God says.  Here they refer to God as “the Lord your God” (5) and as “the Lord our God” (twice in verse 6).  Even after the remnant discounts Jeremiah’s message and blatantly disobeys, they still continue to speak of the Lord as “our” God (43:2).  The variation may be due to convention or simply stylistic, but it may be included to foreshadow the people’s vacillating allegiance to God.

Jeremiah promises to pray to the Lord as requested and “keep nothing back” from them when the Lord gives an answer (4).  At this point, the people in the remnant take an oath to fully obey the Lord’s word through Jeremiah.  The text highlights their pledge for full and complete obedience to God’s message: “Whether it is favorable or unfavorable, we will obey the Lord our God  . . . so that it will go well with us” (6).  It seems that they have finally learned their lesson.  After years of disregarding the Lord’s message through Jeremiah, they seem to have realized their folly.  They seem to have come to a place of understanding what Jeremiah had been saying for decades:  disobedience brings discipline and obedience brings blessing.  Sadly, appearances will prove misleading.  Here is a reminder that ardent promises of allegiance to God may sound holy but be hollow.  Words must be backed by actions or they are simply empty words.

When the people ask Jeremiah to petition the Lord for guidance, they are at Geruth Kimham near Bethlehem (41:17).  They have already traveled south from the Gibeon—the place of their rescue (41:12)—and are headed for Egypt (41:17).  The text tells us that the Lord’s answer through Jeremiah doesn’t come for ten days (42:7).  So for ten days, the remnant stays near Bethlehem, even though they are feeling afraid and wanting to flee (10-11).  Jeremiah could sense their fear and tell they were “determined to go to Egypt” (set their faces to go—15, 17).  I imagine some were becoming impatient waiting for Jeremiah to bring back God’s answer; they had already determined what they would do.

Jeremiah eventually brings them the answer from the Lord:  “If you stay in this land, I will build you up and not tear you down; I will plant you and not uproot you” (10).  These words, which echo the language God used to call Jeremiah to ministry (1:10), promise protection and restoration if they will trust in the Lord.  The Lord says, “I will show you compassion so that he [the king of Babylon] will have compassion on you and restore you to your land” (12).  God’s will moves the will of kings so that they do His will (Proverbs 21:1).  The reason the remnant need not fear Nebuchadnezzar is that they belonged to the King of kings.

God tells the remnant that He is “grieved over the disaster I have inflicted on you” (10).  Here is a reminder that God does not set aside His love when He brings judgment.  It’s also a reminder that His love does not preclude His judgment. There is an amazing consistency of character in the heart of God that is seen in His unfailing love and His righteous judgments. He delights in “kindness, justice, and righteousness on the earth” (9:24).

Jeremiah must have sensed this message about remaining in the land would not be welcome or followed.  He knew they were already headed south—physically and emotionally.  They saw Egypt as a place of safety, far from the sword and famine (16).  Their fear of the Babylonians had not decreased during the ten days of waiting for God’s message to come to them.  So Jeremiah goes on to speak directly to the devastating consequences that will come on the remnant if they disobey God’s word and continue heading towards Egypt.  They will perish in the land they see as a safe haven; the “sword, famine and plague” will bring death to all who go to Egypt.   God’s wrath will be poured out on them as it was on those in Jerusalem who did not obey God’s word to surrender to the Babylonians (18).  They will never see the land of promise again (18).

After giving this grim pronouncement, Jeremiah moves into “preaching mode” and goes after their hearts.  He tells them they made a “fatal mistake” (literally:  erred in your souls) by asking him to seek God’s will when their wills were already made up (19).  They had promised to do whatever the Lord said to them, a promise Jeremiah could tell they did not intend to keep.  Verse 21 seems to indicate that Jeremiah has already seen telltale evidence of their determination to press on toward Egypt.  So once again, Jeremiah has to be the prophet of bad news:  “So now, be sure of this:  You will die by the sword, famine and plague in the place where you want to go to settle” (22).

This chapter is a case study in our tendency to pray with our minds already made up.  We assess the situation from our human perspective and are convinced we know best.  Egypt, we are sure, is the place where we will find the security we’ve been lacking for so long.  We may ask God to give us direction and even pledge to head whichever way he leads us; however, we are already emotionally committed to heading south.  We want his blessing on our plans not His direction for our lives.