Posted on June 5, 2018 by rickandlindareed

“For I am bringing disaster from the north, even terrible destruction” (4:6).

Chapter 4 is an extended announcement/warning of the coming devastation that will be inflicted by Babylonian armies on the cities and people of Judea (particularly on Jerusalem) as the consequence of their sin against God and His judgment upon them. The army is His arm; the destruction is His discipline. The military defeat is the consequence of a spiritual defeat. The nation’s ruin results from their rebellion.

Jeremiah 4 draws a clear link between disobedience and devastation. “My people are fools; they do not know me. They are senseless children; they have no understanding. They are skilled in doing evil; they know not how to do good” (22). “Your own conduct and actions have brought this upon you” (18). God expects His people to remain faithful to Him. When they persist in rebellious disobedience, He warns of impending judgment. If the warnings are disregarded, his “wrath will break out and burn like fire” (4). In this case, His wrath was expressed in His sending the Babylonian armies to devastate the land (5-8).

While the Babylonian (Chaldean) army is not seen by historians as impressive as its Assyrian predecessor, it was still formidable and powerful. The Assyrians had been the innovators for military equipment (jackboots rather than sandals) and tactics (siege ramps, blending cavalry and foot soldiers). The Babylonians would have learned from them and imitated their approaches. The Assyrians had used terror tactics as part of their approach to subduing people; undoubtedly, future armies of other nations took note.

For a small kingdom like Judah, the power of these northern armies was overwhelming. Their only defense was to flee the smaller cities, hiding in the surrounding “thickets and rocks” (4:29) or heading to the “fortified cities” (4:5), most notably Jerusalem (4:6). But this would only prolong the agony and delay the ultimate defeat.

A repeated theme in this chapter comes in God’s pronouncement that the military invasion and devastation of the land is His doing:

“For I am bringing disaster from the north, even terrible destruction” (6).

“Your towns will lie in ruins without inhabitant…for the fierce anger of the Lord has not turned away from us” (7-8).

“A scorching wind from the barren heights in the desert blows toward my people, but not to winnow or cleanse; a wind too strong for that comes from me” (11-12).

“A besieging army is coming form a distant land…because she has rebelled against me…” (16-17).

“I looked, and there were no people; every bird in the sky had flown away. I looked, and the fruitful land was a desert; all it towns lay in ruins before the Lord, before his fierce anger” (25-26).

Here we see that events in history can have both a human explanation and a divine causation. On one level, the Babylonians attacked Judah for reasons that made sense from a human history perspective (Judah’s rebellion against their rule, a desire to conquer neighbouring countries, etc). But on a deeper level, God was moving the Babylonian leaders and military to carry out His judgment on His people. God was taking credit for what the Babylonians would do.

So are we to read His judgment into the personal or national events that impact us? Possibly, but not necessarily. In Isaiah 54:15, the Lord says to His people: “If anyone does attack you it will not be my doing….” Paul’s reaction to the hard-hearted rejection he was experiencing from the believers in Corinth was not to assume it was God’s judgment on him for some failure or sin on his part; rather, he appeals to them to stop listening to the wrong voices and reopen their hearts to him (2 Corinthians 6:11-13). In other words, at both the micro and macro level, rejection and opposition is not always “from God.” However, it can be, as seen here in Jeremiah 4. 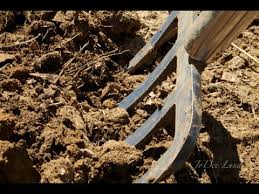 What response did God want from His people? He wanted them to “return” (4:1). This return is described in poetic terms in verses 3-4: “Break up your unplowed ground and do not sow among the thorns. Circumcise yourselves to the Lord, circumcise your hearts.” The change must begin in the heart. The heart must become like good soil—plowed up and weeded so it can produce a crop of righteousness. The heart must be circumcised, a theme that Paul picks up on in Romans 2:29. Repentance, which will show itself in outward actions, must begin with a change of heart.

God makes it clear that if His people will respond, repent and return, the nations will be blessed by and drawn to Him. “If you put your detestable idols out of my sight and no longer go astray, and if in a truthful, just and righteous way you swear, ‘As surely as the Lord lives,’ then the nations will be blessed by him and in him they will glory” (1-2). God’s plan is that His people be a blessing to the Gentiles (Genesis 12:1-3, Psalm 67; Romans 11:11-15).

This entry was posted in Jeremiah, Life Lessons. Bookmark the permalink.