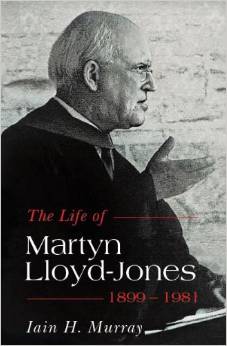 Last night I finished reading Ian Murray’s biography of Martyn Lloyd-Jones. Lloyd-Jones was a powerful preacher in London (and throughout the United Kingdom) in the 20th century. Each Sunday morning and evening for the better part of thirty years, he preached to several thousand people at Westminster Chapel in London.

As a young man, he was seen as a rising star in the medical field. But he traded his future as a physician of bodies to become a surgeon of souls:  he became a preacher.

He was known for his expositional, doctrinal approach to preaching. In fact, he preached 366 messages on the book of Romans and 232 on Ephesians. (My advice to young preachers: Don’t try to emulate the Doctor on this one!)

MLJ was a man with strong, definite convictions about preaching. Here are few:

On “sacrificing” a promising medical career to become a preacher:

“I gave up nothing. I received everything. I count it the highest honour that God can confer on any man to call him to be a herald of the gospel.” (99)

On the importance of diligent study and preparation for preaching:

“You will always find that the men whom God has used signally have been those who have studied most, known their Scriptures best, and given time to preparation.” (102)

On the vital importance of the preacher’s relationship with God:

“The minister should always move amongst the people as one who has been with God. His chief object should be to please God rather than to please men. What is needed is not the spirit but the Holy Spirit . . . . He can only win his place and have respect by a holy life.” (159)

On the blending of passion and truth in preaching:

“Preaching is theology coming through a man who is on fire. A true understanding and experience of the truth must lead to this.” (308)

On forgetting yourself while you are preaching:

“. . . be so absorbed in what you are doing and in the realization of the presence of God, and in the glory and the greatness of the truth that you are preaching, that you forget yourself completely.” (308)

The danger of finding your identity in preaching rather than in Christ:

“Our greatest danger is to live upon our activity. The ultimate test of a preacher is what he feels like when he cannot preach.” (450)

At this week’s Gospel Coalition conference, a new documentary on Lloyd-Jones’ life was premiered.  Here’e a link to the trailer for Logic on Fire.